It's been an interesting week in my online adventure. I've started leaving the occasional comment on WhaleOil's blog and, on a "religious" issue, got a rather septic response: 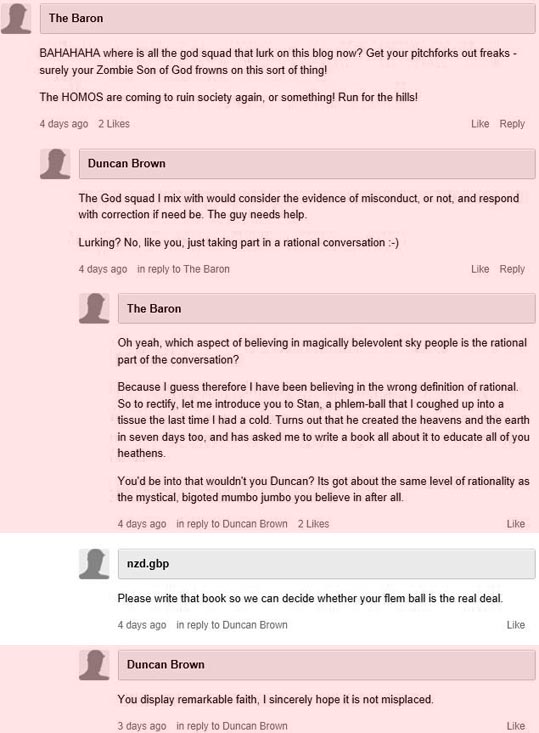 I suspect from his first comment that The Baron expected a different response. I kinda twisted his tail by referring to a "rational conversation", a description by the way, which I wouldn't apply to a lot of the comments on the blog. Nonetheless, it was an interesting dialogue which was more amusing than distressing.


Recently however, there was a personal comment about me on Hawke's Bay Today's site:

My initial response? Outrage! Injustice! I know, I know, I should get a thicker skin, but it's so wrong, it's not even funny: the spite in the final comment, getting their facts wrong - the offence they accuse me of, I don't write stories - and hiding behind a pseudonym, a practice for which I am having less and less respect!

A lot of the blogs and comments I've seen online are downright nasty.
And, what else are people you meet every day thinking but not saying, except behind the anonymity of the internet?
Posted by Duncan Brown