Matthew Beveridge has an interesting blog on the use of social media in the lead up to the 2014 general election. His latest post is about the effectiveness of a fan-shaped graphic put out by the National Party, which is unusually distorted: 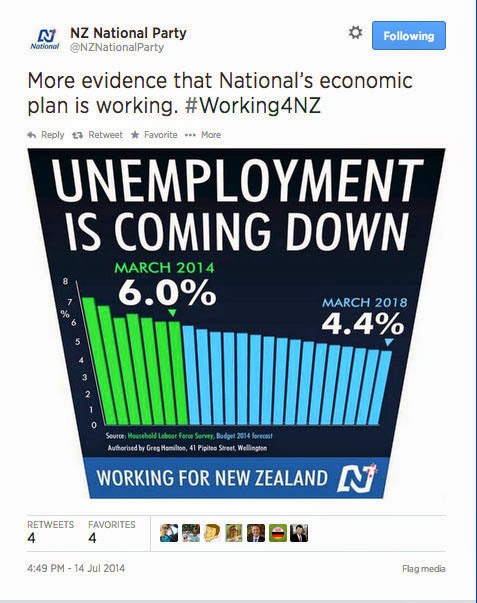 Here's my photoshopped version where I've "corrected" the perspective: 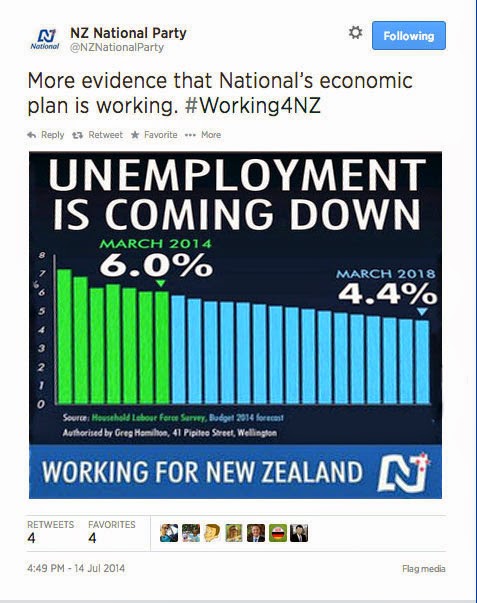 In the half-a-second attention span particular to most users of social media, the top version is pretty clever and, I think, effective in that without any deep analysis it makes me 'feel' the drop, especially if I'm scrolling down as I read. The lower one, I've seen before.
Regarding the message, my main comment is that it's all very well projecting four years ahead, but the graph really should show the previous four as well to have much relevance, particularly in election year when budgets tend to be rosy.
Neither do I consider a projection to be "evidence". Someone more cynical than me might regard that as a skewed perspective in more ways than one.
What do you think?
Posted by Duncan Brown